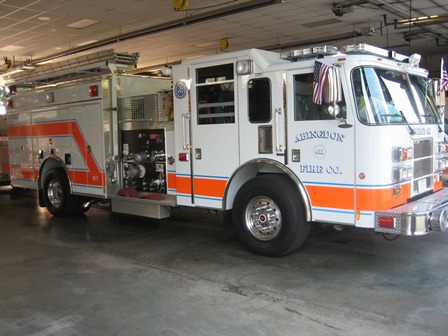 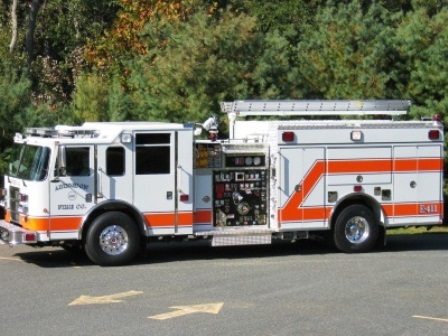 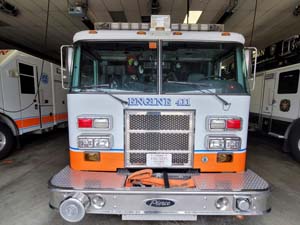 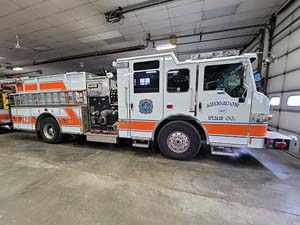 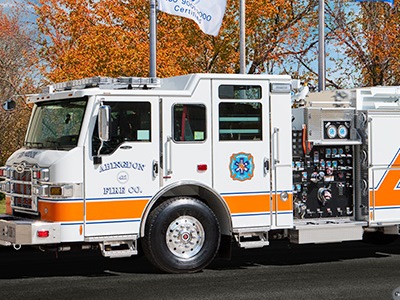 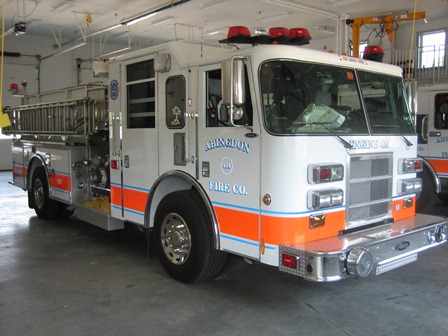 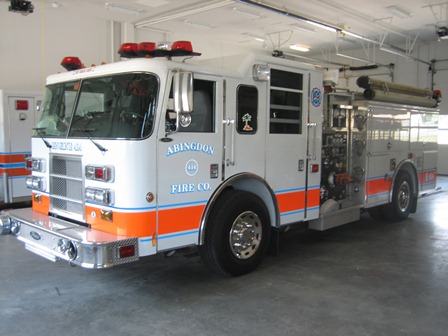 Other Features: Engine 415 is a 2010 Pierce Velocity Pumper.  Engine 415 is a 1000 gallon pumper with a 2000 GPM Hale Q-Max fire pump.  It is equipped with a Harrison 15 kW Generator, Pierce TAK-4 Independent Front Suspension, Side Roll and Frontal Impact Protection air bags, Infrared scene lighting and Whelen emergency lighting.  Engine 415 seats six firefighters with SCBA and is equipped for 6 preconnected attack lines as well as 1000 feet of LDH supply line.  The truck is powered by a Cummins ISL 450hp diesel engine and an Allison 6 speed automatic transmission.  Engine 415 was placed in service in September 2010 and completed the make up of an All Pierce fleet at Abingdon Fire Company. 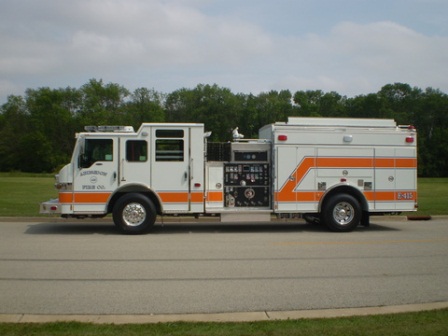 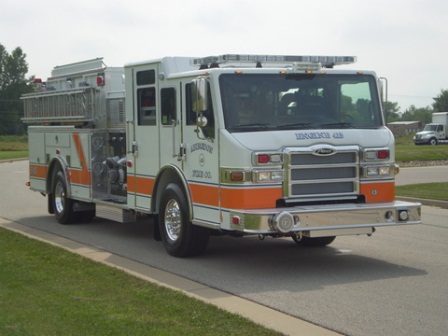 Truck 431 is a 2017 Pierce Enforcer 105 FT Heavy Duty Aerial Ladder.  It was built by Pierce Manufacturing in Appleton, Wisconsin.  Truck 431 features a 105 foot heavy duty aerial device, Waterous 1250 gallon per minute, single-stage fire pump, 500 gallon water tank and a pre-piped aerial waterway.  The unit also has two pre-connected crosslays. It has seating for six (6) firefighters with frontal impact and side roll occupant protection.  Sigtronics radio interfaced intercom system for crew communication and hearing protection in the cab.  The unit is powered by a Detroit Diesel DD13 Engine with 525 HP and 1850 Lb FT of torque.  Additionally the unit is equipped with Pierce TAK-4 independent front, and T3 Independent rear suspension with rear steering.  This system creates a smoother ride for firefighters and greater control of the apparatus for the operator.  The aerial unit is equipped with over 174 Feet of Ground Ladders.  Truck 431 features Amdor roll-up doors, Whelen emergency and scene lighting, a Harrison 10kW hydraulic generator, aerial illumination, perimeter lighting, and rear facing and side facing cameras for safety. 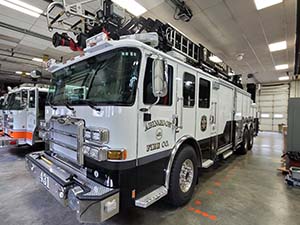 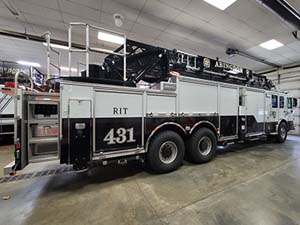 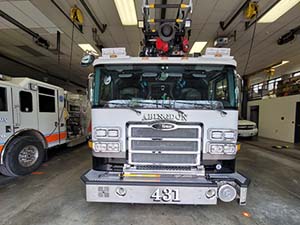 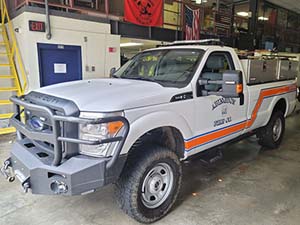 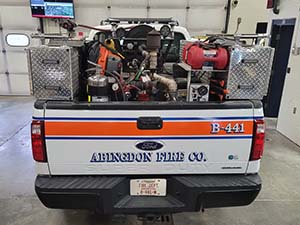 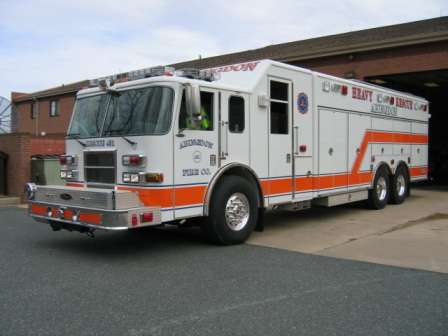 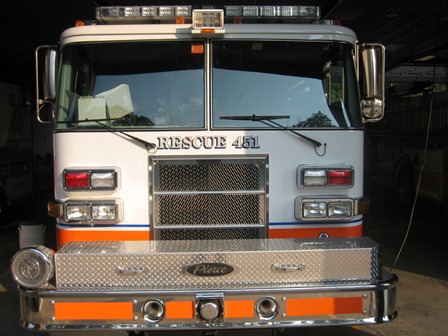 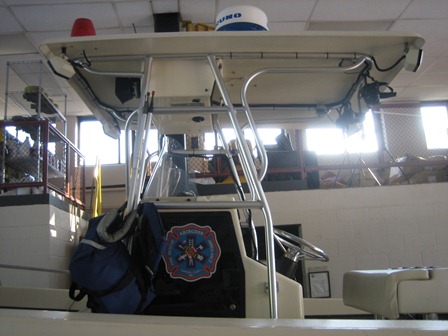 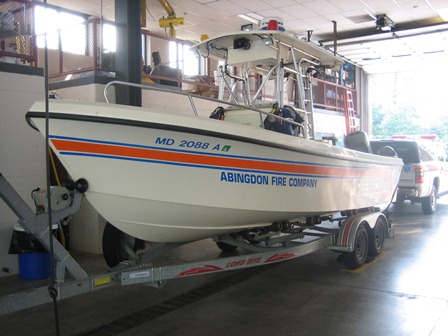 The unit has added features such as 4x4 drive power and also has liqud suspension system for a more comfortable ride to the hospital. The rear of unit has custom designed blue and orange reflective chevrons along with lighted chevron lights in the back for extra safety on the roadway. The interior of the unit is designed to provide safety to the provider(s) while caring for patients with seats all around in the back. 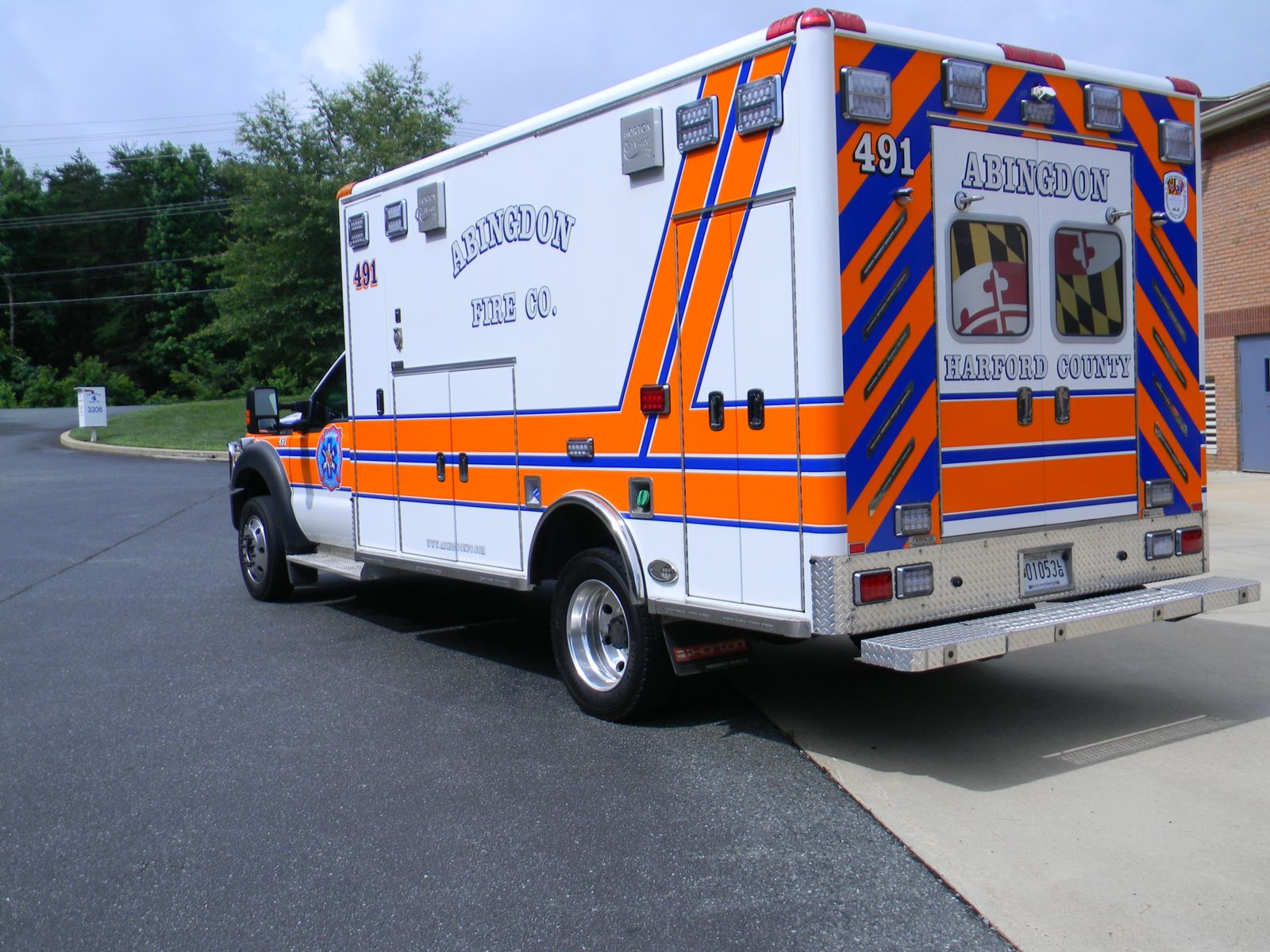 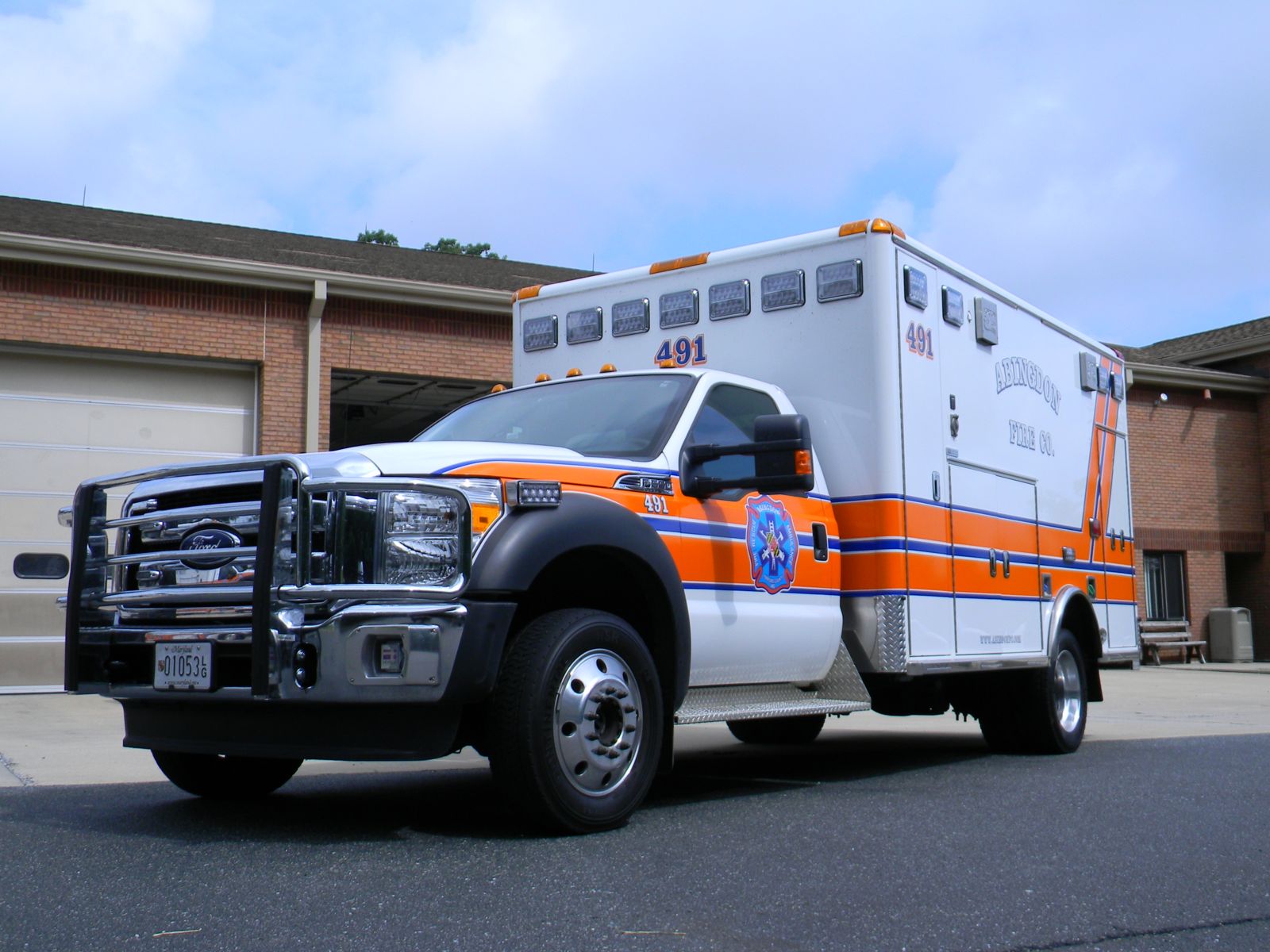 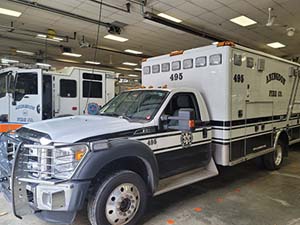 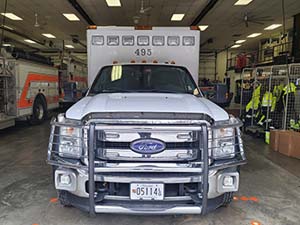 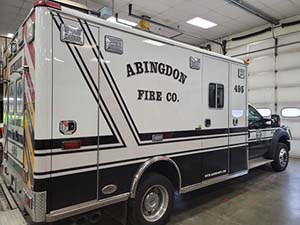 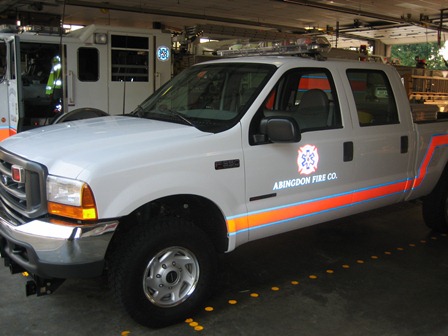 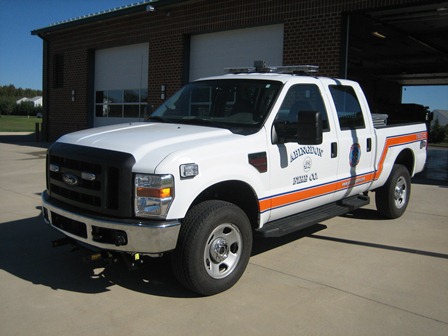 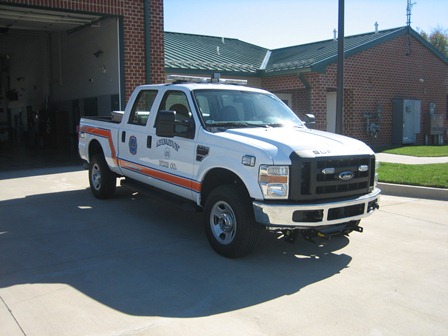 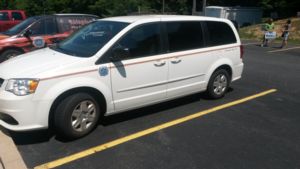 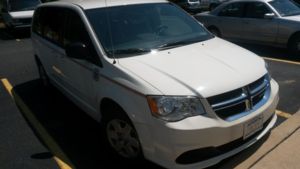 Utility 497
Year and Make: 2005 Suburban
Purchase Price: $31,000
EMS and fire crews utilize this utility allowing them to be available while in the area and is used to deliver additional manpower to scenes. 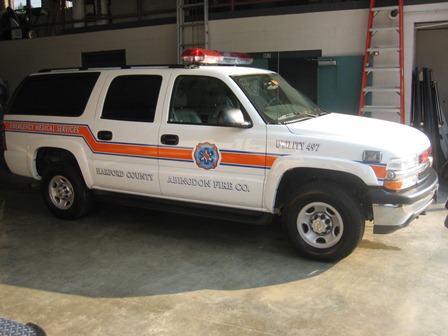